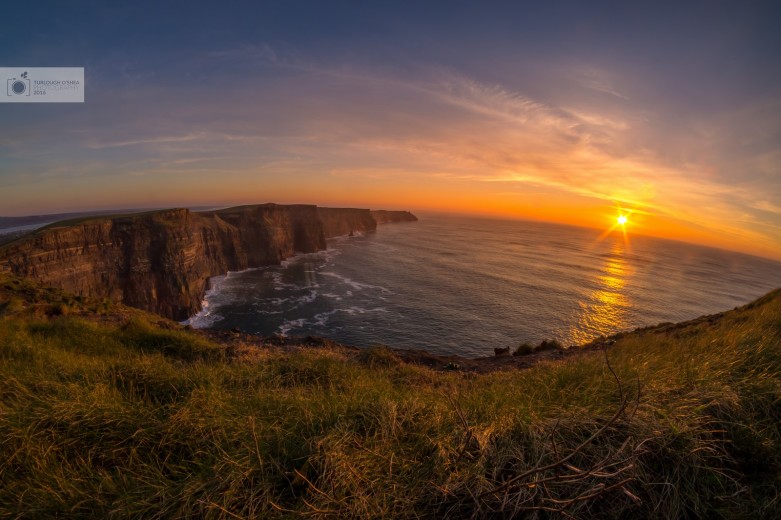 Stop gap is a bad thing to say as over the last few outings the Sony a5000 has proven itself to be a trooper! I haven’t had any issues getting used to it or actually using it. I will say one thing though, on sunny days I really miss the viewfinder. It helps so much when trying to frame or compose a shot. The Sony a5000 really is a great little camera. One of the main reasons I decided to pick one up is that it could use all the same peripherals as the Sony a6000 which is away with Sony at the moment for a warranty repair.

Journey to the Cliffs

There were literally no clouds in the sky on the way to the cliffs of Moher. It was a lovely day. Probably the best day that we’ve had so far this year! The journey there reminded me of summer days out for a drive. It was a welcome change from cold, rain and grey skies. We arrived at the carpark just after 17.00, after they stopped charging for the use of the facility. This gave us plenty of time to explore a bit and find out where we wanted to set up for the sunset. When I found a spot, I did the usual of setting up the GoPro for a timelapse. As there were a lot of people around, I kept it quite close. I thought it might make for an interesting photo to make the sun star up with a high aperture. I set about trying to do this but then realized that I would need to shoot HDR to try and get the entire composition exposed properly. After several attempts I think I got a few good results. 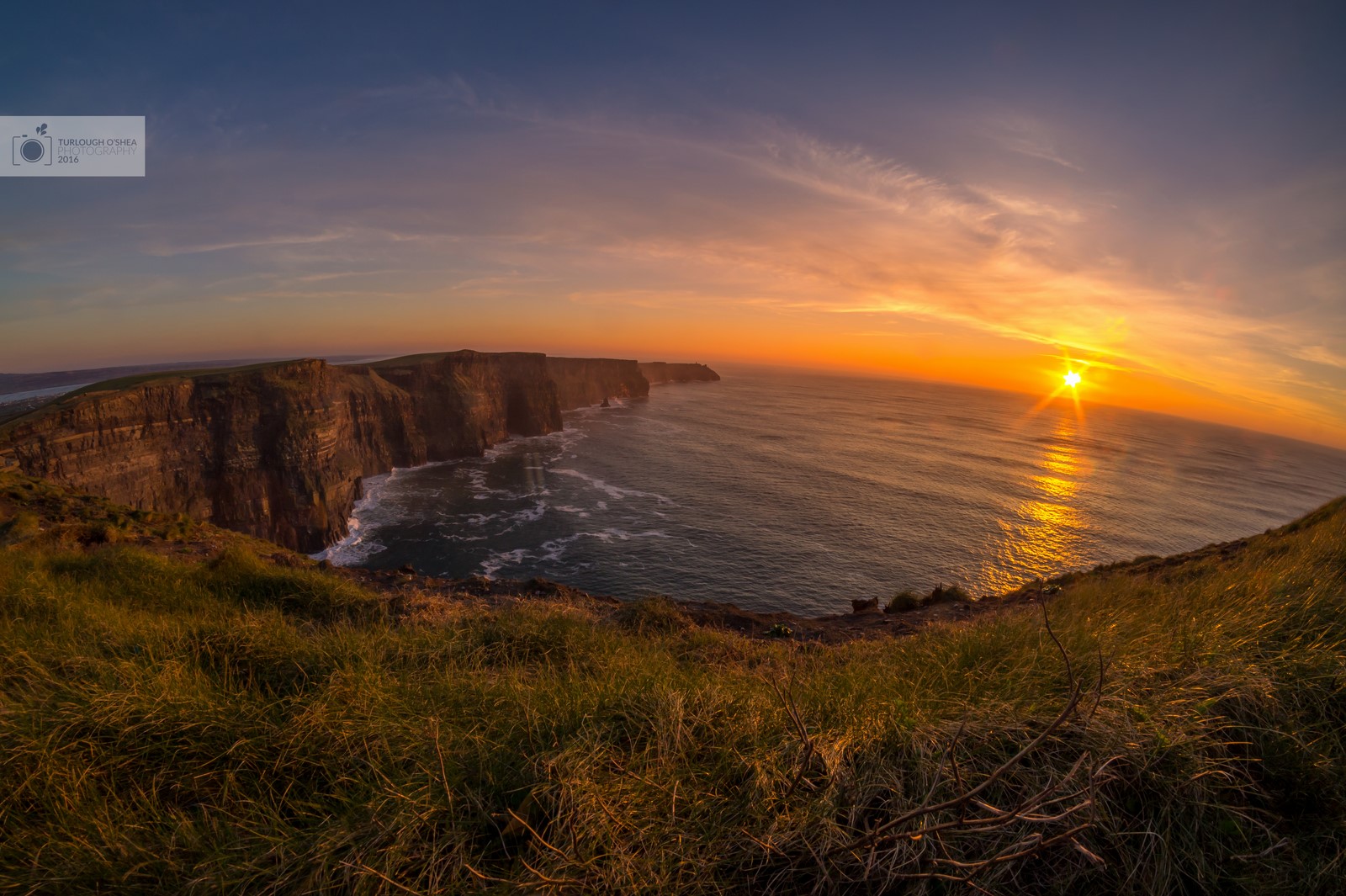 HDR at Cliffs of Moher – 8mm

It had been an awful long time since I had actually seen the sun go down over the horizon. Last time I recall was maybe 3 years previous so that was nice to see! Now to see what delights ‘blue hour’ would bring us. There was a bit of could by this stage and that’s exactly what I wanted as it might get lit up spectacularly by the set sun. Generally you want some clouds in the sky to give you some background interest in the sky. To me, photos with just a blue sky are a little bit boring. We waited up to nearly an hour after the sun had set to get a few shots, but I think it was worth it. 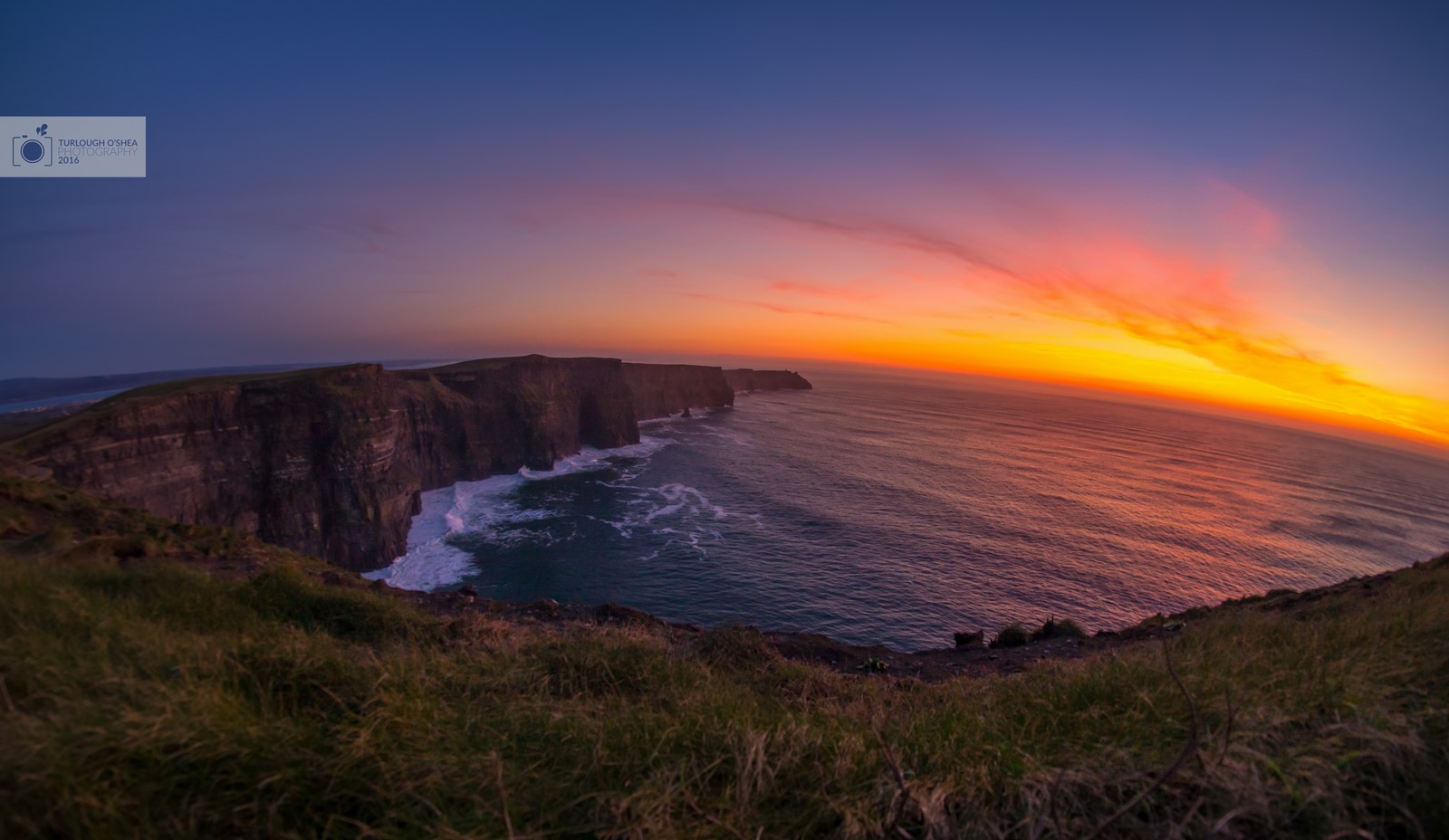 HDR at Cliffs of Moher – 8mm

As I had missed the new moon the week previous, I was dying to try some night time shots with my new Sony a5000. We headed to nearby Lahinch and got a bite to eat in a local pub. When we were finished, we decided to go back. We went to roughly the same spot. The place was deserted, we were the only ones there. I began to take some photos but the moon was far too strong and you could barely see any stars. The photos were nice in the own respect, but not what I was looking for. I decided to chance turning around and getting a few shots of O’Briens Tower with the stars as a backdrop. Little did I know that the Northern Lights were visible along the curved horizon of the photo. Delighted! 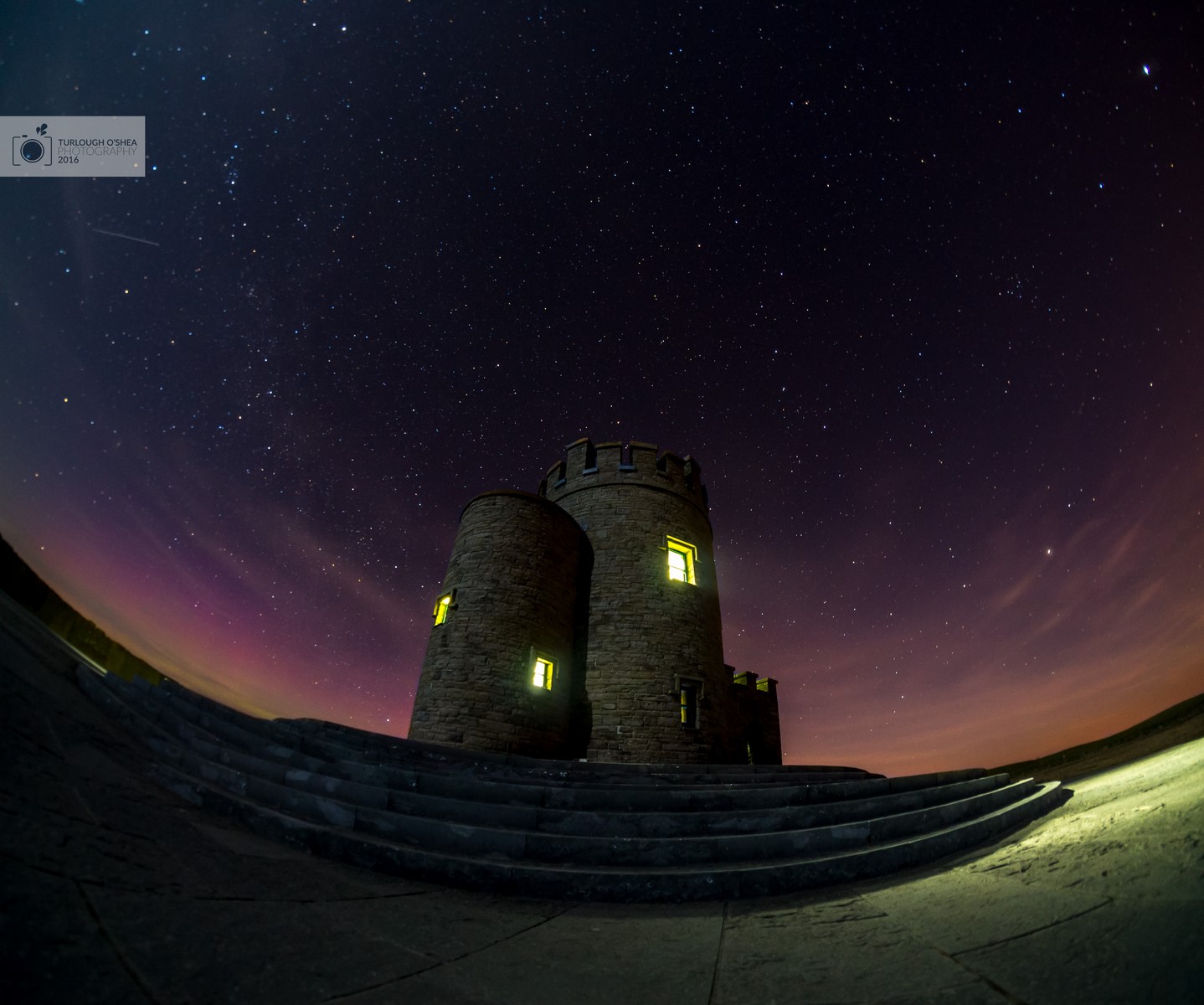