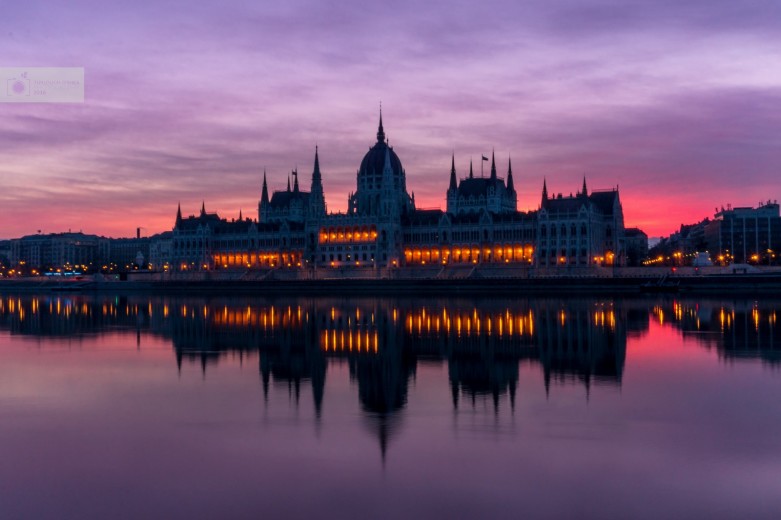 Cruise on the Danube

As part of the Hop on Hop off bus tour, we got a ticket for a cruise on the Danube. Unfortunately the day we picked for the cruise was quite overcast. It would have been a shame to let it go to waste so we decided to go on the cruise anyway. Sadly on the way to the dock, I smacked my leg on a metal bollard filled with concrete. The pain was real. Luckily, even though there was a nasty looking cut/graze my pants didn’t get ripped. The cruise was somewhat informative and went up and down the river so we saw some spots that we had not seen. After the cruise, I made sure to ice up my shin!

The Chain Bridge joins the Buda and Pest sides of Budapest and was the first permanent bridge to be built across the Danube in Hungary. We planned to go to the Chain Bridge at sunset one of the evenings. The plan was to get contrasting colours of blue and yellow from the bridge and the sky during blue hour. We were not the only photographers there. There was a lesson with children going on and one or two older photographers. We overheard that when the lights on the bridge turn on, they appear green. This lasts only a few minutes before the top of the bridge turns to it’s gold colour. I took a few pictures while the bridge was green, but didn’t like the colours too much. I framed the shot so the Palace was visible between the upright portions of the bridge. 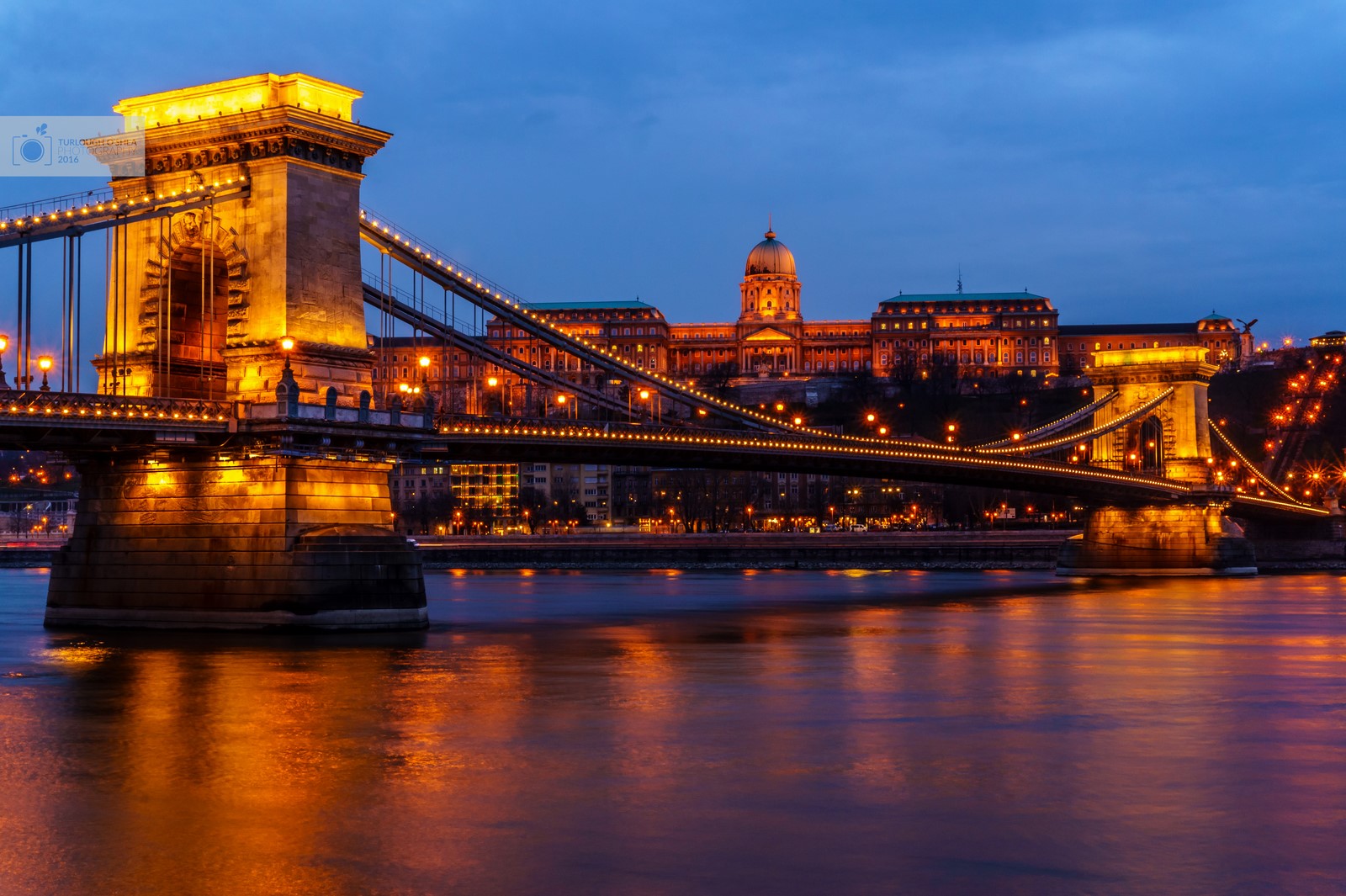 After I was happy with the some of the shots, I decided to move closer to the bridge to try and use it as a leading line. I upped the f/ stop to attempt to get the star effect which was quite striking when coupled with the amount of lights on the bridge. We considered possible going to another location for some more photos but we decided against it and relaxed for the evening. 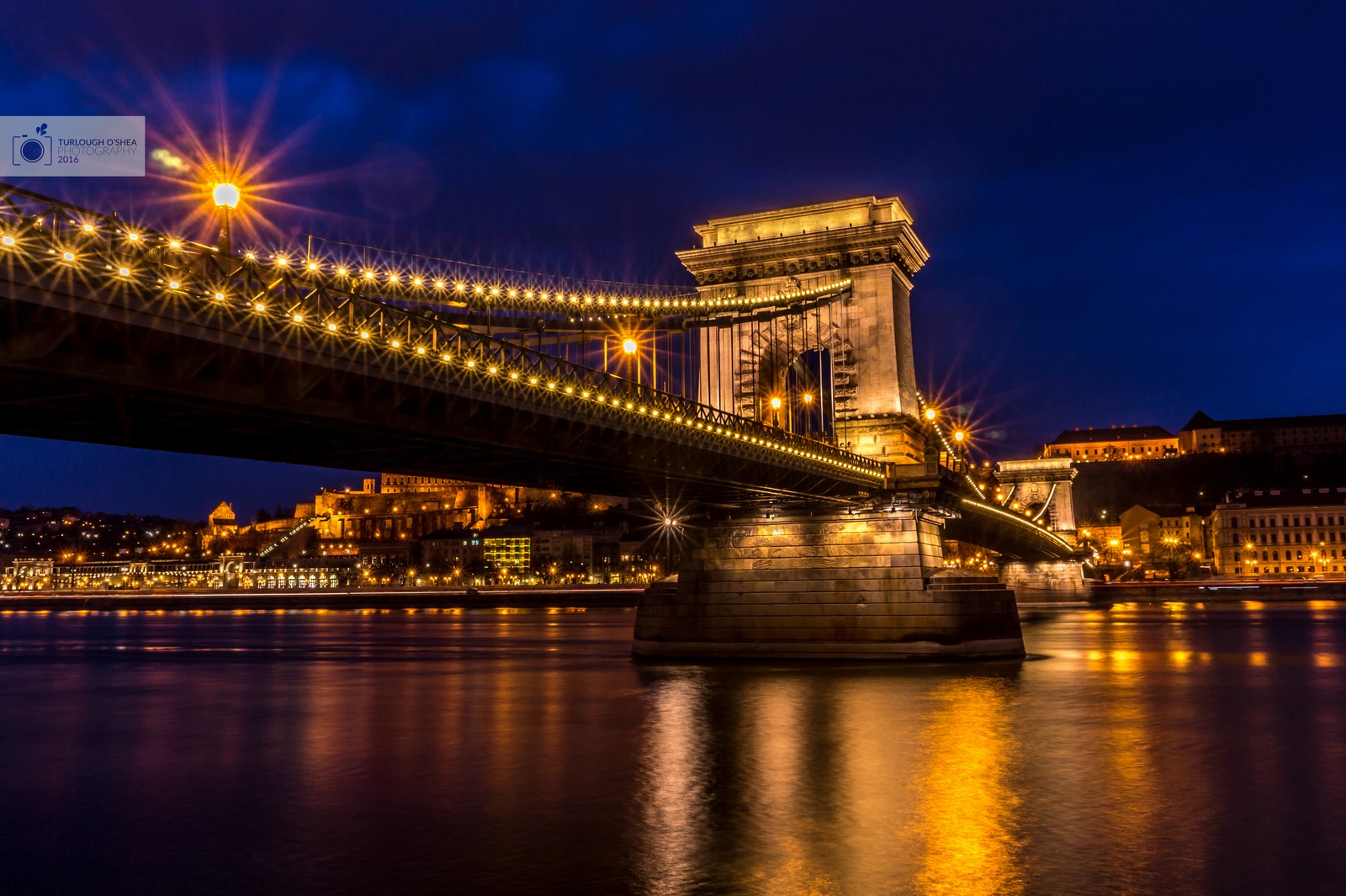 Managing to Get Up for Sunrise

We had decided that during our time in Budapest that we would get up for sunrise one of the mornings. I had never done this before… I’m not a morning person and the concept of shooting a sunrise was quite alien to me. We meant to get up the previous day, but that never happened. The spot we picked was the Parliament building from across the Danube. We were going to go to the area near where we took the night pictures of the Parliament. However, there was a massive boat moored right in front of the the spot where we wanted to go. As a result we had to think on our feet and find a new spot. 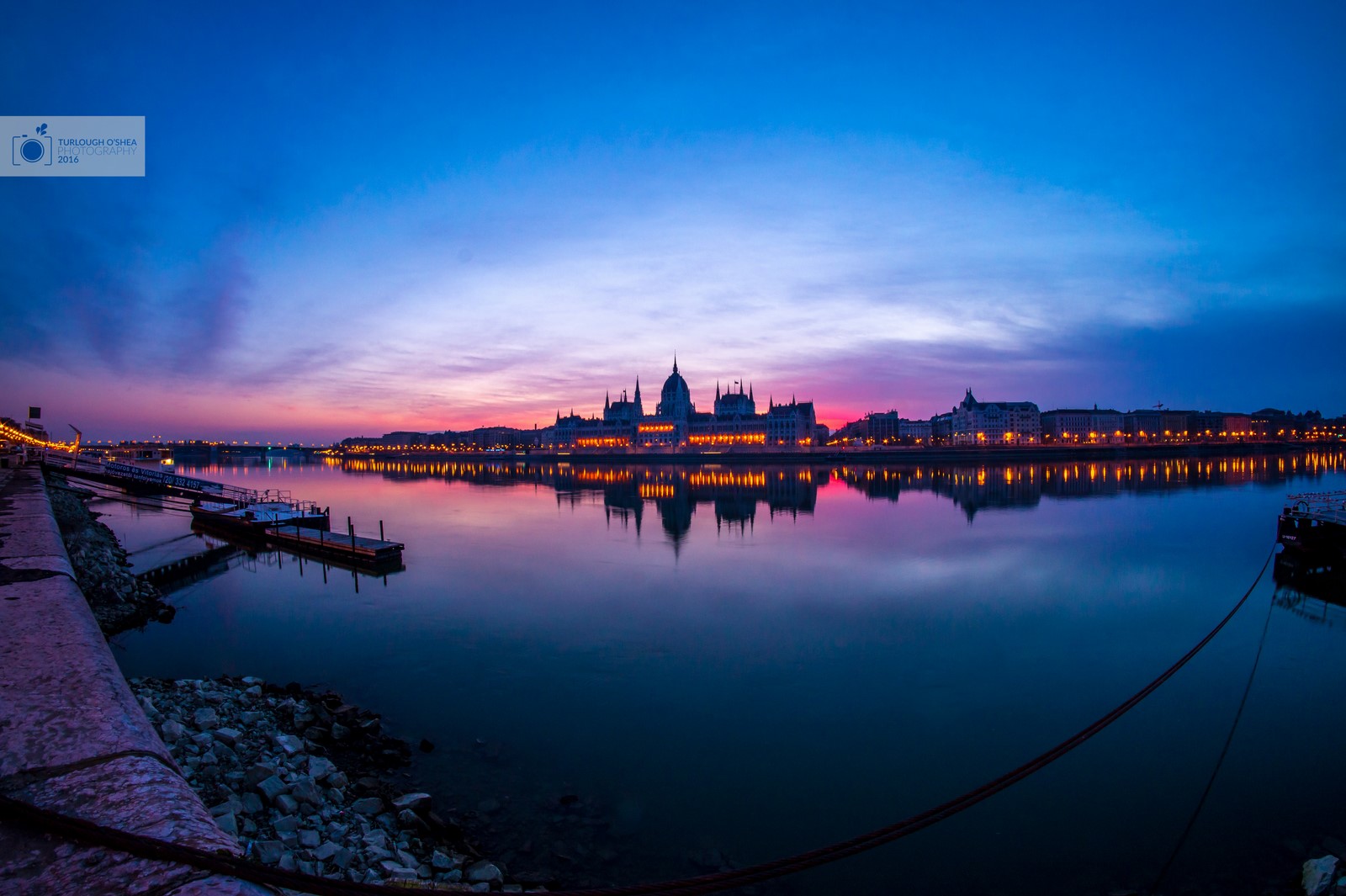 We moved down a bit to the right and set up. I decided to mess around with my lenses first off. I started with the fisheye lens just to see what it would look like. The result looked pretty cool, but it wouldn’t be one of my main shots for the day. 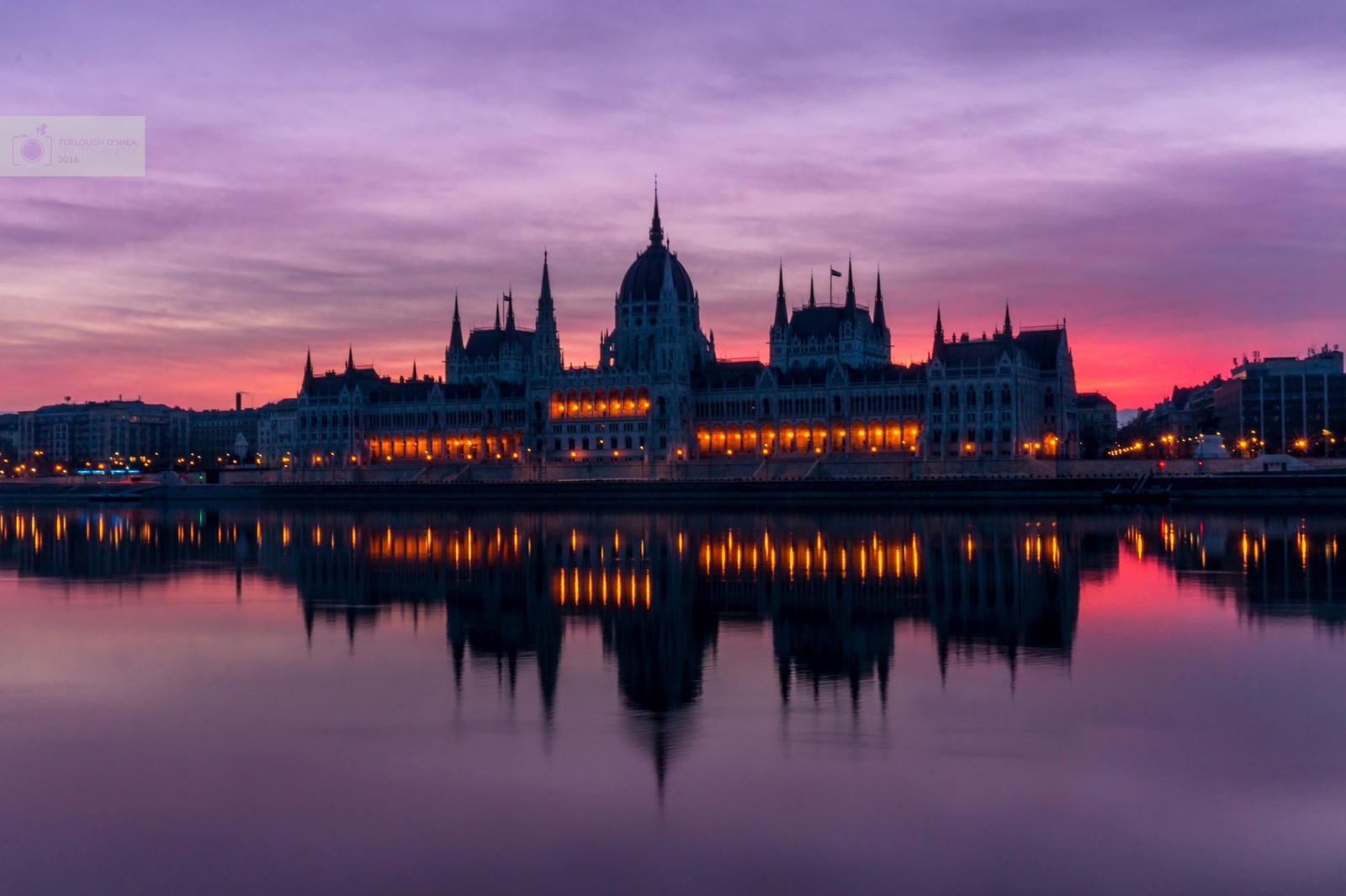 I would love another chance to do it again because I feel like I made a few mistakes. I was quite tired and groggy so I probably wasn’t paying attention properly. I feel like I might have been able to expose the images slightly better. I still like the result but I would like the opportunity to get better. 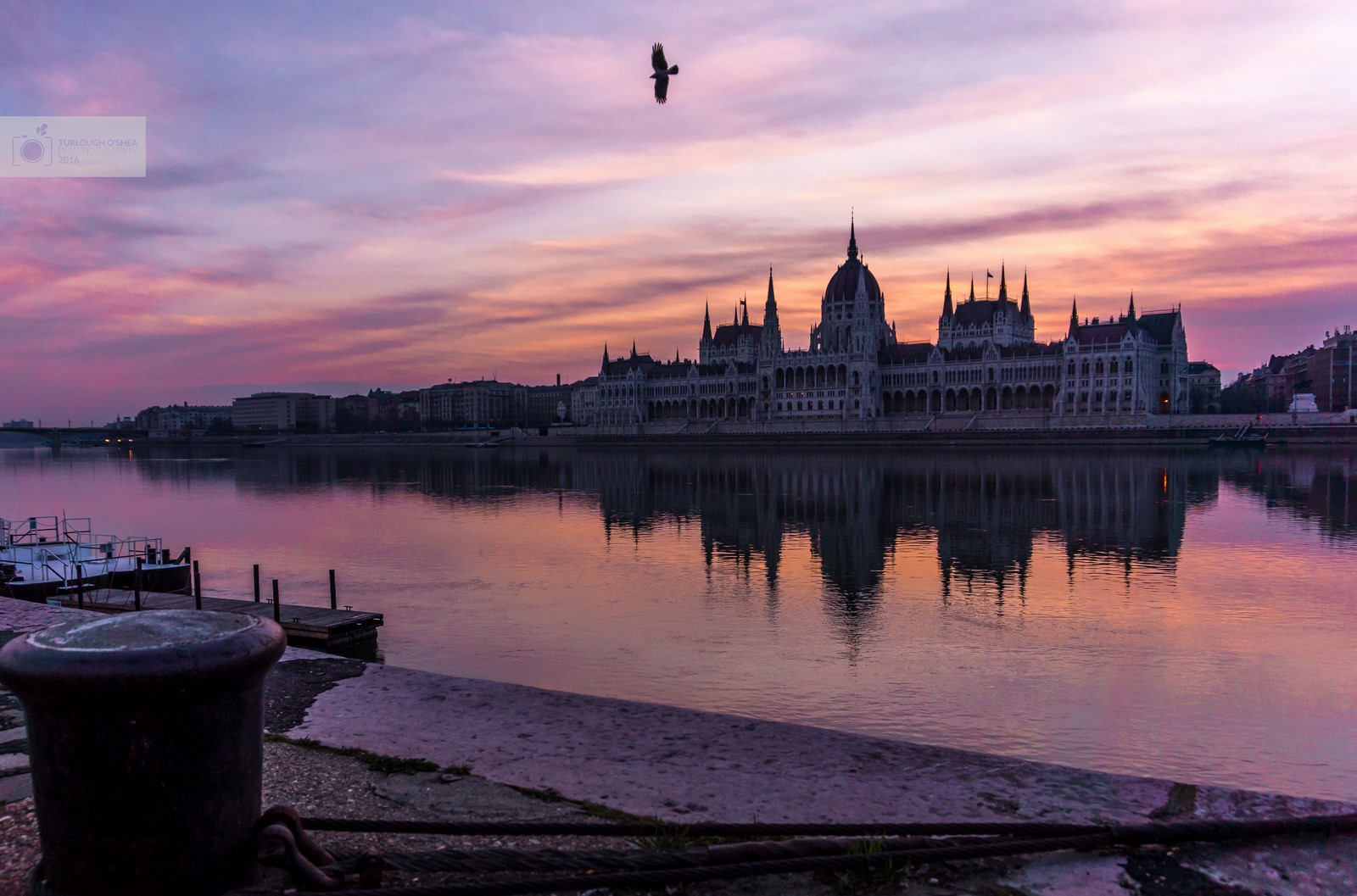 Before we packed up and left we decided to mess around a bit and as a result Kathryn got a mini photoshoot with the pick of the photos displayed below. Stay tuned for more to come! 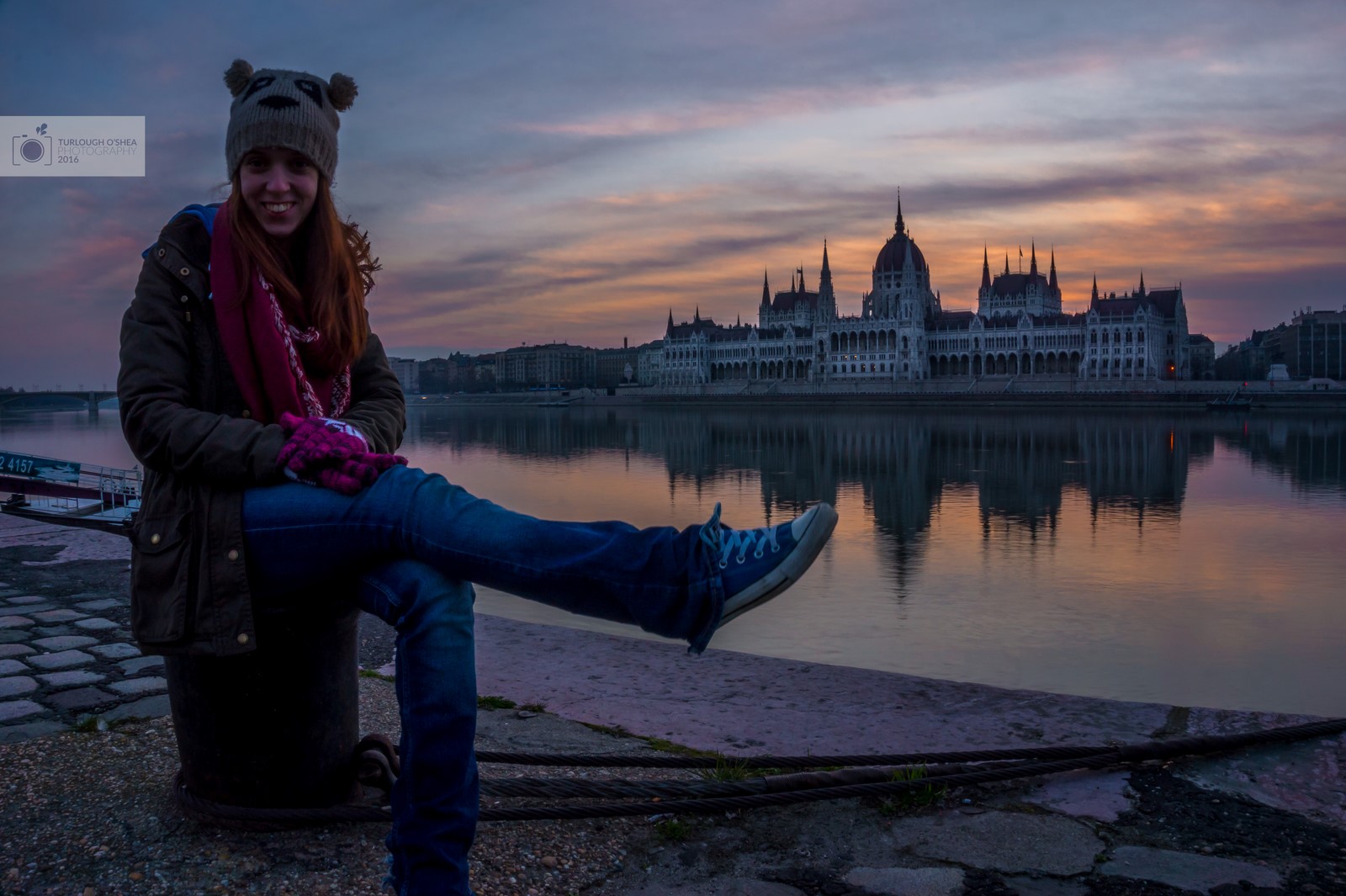